Nuclear Waste -- a problem that’s been looming over the country for several decades. Unable to find a permanent geological repository for the toxic stuff produced by nuclear power plants, the federal government began looking for communities that would be receptive to temporarily housing the waste. Andrews was one of the towns that stepped up.

Dallas-based Waste Control Specialists  has been storing low-level nuclear waste in Andrews since 2012. Low-level waste consists of items that have been exposed to radiation. But in 2016, the company filed an application to expand the current operation to to store high-level nuclear waste, the highly radioactive byproduct of nuclear reactors.  The application seeks a license to store 40,000 metric tons of high-level nuclear waste, initially coming from decommissioned power plants. This site would be an interim storage facility. However in this case, interim could mean a hundred years. The expansion process would take place over twenty years in eights phases and require further review from the NRC.

Some people are not too excited about the potential of housing high-level nuclear waste in Texas. Tom Smith, better known as "Smitty," is with an advocacy group called “No Nuclear Waste Aqui.” They oppose WCS’ application to serve as the interim site. He says, "This is really serious toxic stuff. What everybody says is, 'Oh well don’t worry, the federal government will come in here and build that repository and move it.' Well I’m not bettin’ on it and people out in this part of the world shouldn’t either."

Like Smitty, some are worried that once the waste gets to Andrews, it won’t ever get moved. James Park is the environmental project manager for WCS’ application.  He explains, "To say that it’s a de facto final solution this, particular license wouldn’t resolve that issue, nor say that it is the final resting place." The waste is currently being stored near the power plants that produced it. Legally, the federal government is responsible for storing the waste, but without a permanent repository, the plants have been stuck with the storage bill.

The commission is still in the very early stages of the environmental review for Waste Control Specialists’ application. Park, the environmental manager, says he’s heard a range of concerns like transportation of the waste around the country, economic concerns and water contamination.

In mid-February, the NRC held a public meeting in Andrews to hear comments about the potential site expansion. About 300 people showed up, and seemed split evenly between supporters and opponents. Julia Wallace is the executive director of the Andrews Chamber of Commerce.  To her and many of the residents, WCS is a welcome presence. She says, "It’s been really good for our economy, it’s brought it in a lot of good paying jobs and really good people."

The town receives 5% of the gross revenue from low level nuclear waste storage. That’s amounted to nearly $8.5 million dollars since 2012- a lot for a small town. The state of Texas also receives a percentage -  $40 million so far, according to WCS. Both the town and the state expect to receive similar percentages of profits for storing high level nuclear waste.

At the meeting, several people came from all over Texas and neighboring New Mexico to express their opinions on the site. Those that opposed the expansion voiced concerns that the largely hispanic community didn’t understand what was being proposed, and concerns about the environment.  Elizabeth Padilla is a lifelong resident, and says, " I definitely think that our children’s life and health, our health should really not have the cost whatsoever. It’s our health first. I understand that WCS would take all kinds of safety precautions and measures. But there’s always going to be that risk."

In response to these safety concerns, Rod Baltzer, WCS’ chief executive,  feels confident that the company is capable of protecting the public and the company’s workers. Baltzer says, "We monitor that very closely. We’ve got several safety professionals. In fact, about 1/3 of our staff is radiation and occupational safety environmental and those other items like that to make sure we run a very compliant, safe organization."

Smitty, from "No Nuclear Waste Aqui," isn't convinced. He thinks that once people learn more about risks associated with high-level nuclear waste, they’ll start to change their minds. He brought up the that when a long-term repository was considered for Yucca Mountain in Nevada, citizens of the state were not happy with the idea. He says, "[T'he more they learned, the angrier they got, and the more studies they funded, and the more evidence came out saying, 'This is a really bad place to put it.' And I think the same thing will happen here."

The NRC’s review will determine whether or not Waste Control Specialists will receive a license to expand the site. The commission will be receiving public comments through March 13th of this year, and a final licensing decision is expected to be made in 2019. 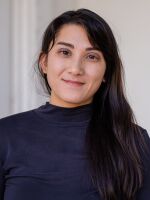